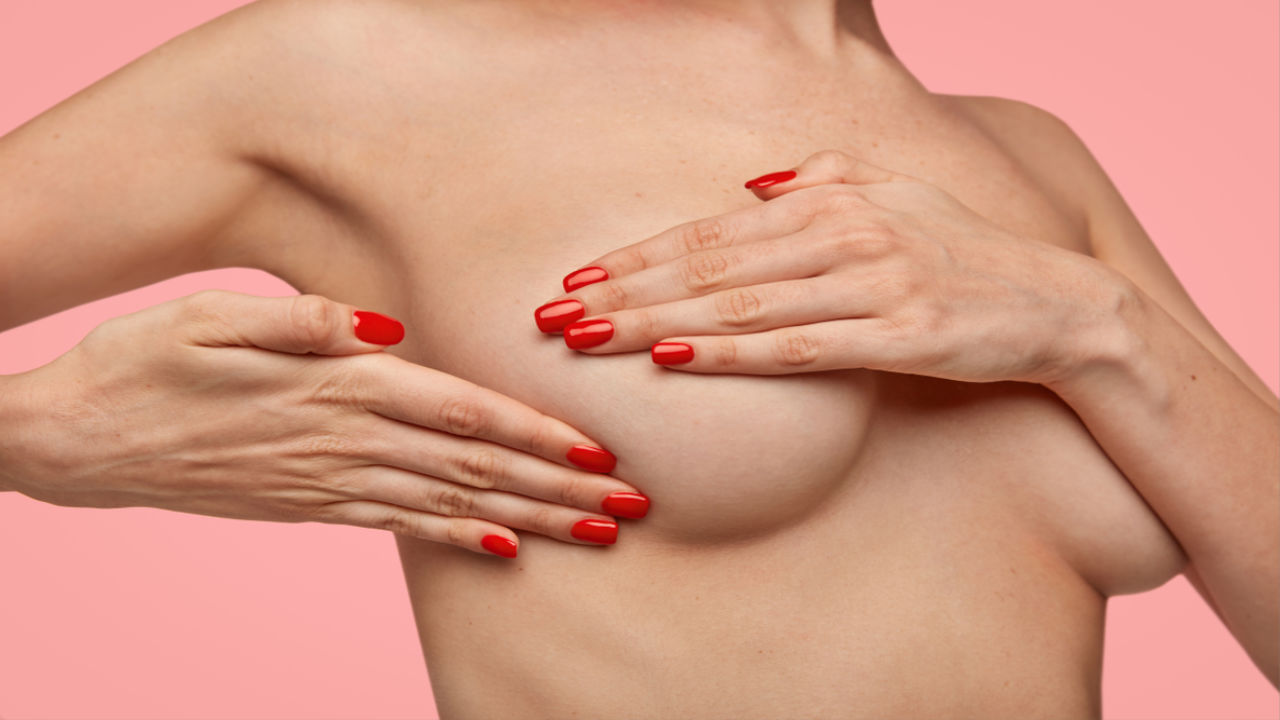 Breast reduction is a surgical procedure conceived especially to correct the numerous issues that can be caused by overly large, saggy breasts. The large volume and weight of the breasts can cause the stretching and the relaxation of the ligaments of the breasts that are responsible for supporting the mammary gland in an elevated position on the chest, hence causing mammary ptosis as well as the loss of the beautiful contour of the breasts.

Moreover, there are considerable physical discomforts and consistent pain associated with having overly large breasts. Among them are back, neck and shoulder pain that is persistent and difficult to alleviate.

The participation in normal, daily activities and social life is limited, and patients with mammary hypertrophy often avoid intense physical activities, sports, running or any other activity that involves the movement of the upper body and the unpleasant jiggle of the breasts. Moreover, overly large breasts allow no aeration on the inframammary fold, and skin macerations can occur associated with bacterial infections or mycosis.

Correcting mammary hypertrophy with plastic surgery is not something new. The procedure has been performed for over 50 years with good results. In this article, we will discuss breast reduction and what the surgery entails.

Each type of breast has a different surgical recommendation which will be discussed with the patient during the pre-operative consultation for breast reduction. The plastic surgeon will perform a medical examination and also measurements to determine the actual volume of the breasts and also the desired volume after the procedure. The position of the nipple and areola complex is also defined, as well as their size. During the initial meeting with the plastic surgeon, the patient should do her best to discuss in clear terms the desires and expectations from the procedure to allow the plastic surgeon to asses if they are realistic or not.

After the initial consultation and before the procedure is actually performed, the patient will need to do some things. Among the most important things to do in preparation for breast reduction surgery is to take a series of blood tests and a mammography or breast echography. The tests are important to find out if there are potential issues that could require postponing the surgery or adapting the surgical approach that was decided during the pre-operative consultation.

Because breast reduction is quite a complex and delicate procedure, some consider it as the most difficult surgery performed on the breasts, and the recommendation is for the patient to be in the best shape possible before the procedure. This means that something as simple as a cold could determine a rescheduling of the procedure at a later time. It is also important for the patient not to be during the menstrual cycle when breast reduction is performed or in convalescence after an illness or disease.

Any treatment with anti-inflammatory medication, especially ones containing aspirin, have to be stopped at least two weeks before the procedure is scheduled. The administration of birth control medication should also be stopped the month before surgery.  A cessation of smoking of at least three to six weeks is mandatory before and after the procedure.

To prepare for the surgery, the anesthetist will ask you not to eat or drink anything for at least six to eight hours before the procedure.

The aim of breast reduction is to reduce the volume and the weight of the breasts and elevate them to a normal position on the chest wall. This involves the removal of excess mammary tissue as well as establishing the normal, beautiful contour of the breasts by keeping the proportions with the rest of the body.

In many cases when breast reduction is performed, the plastic surgeon will also need to reposition the nipple and areola complex to be in line with the new shape and position of the breast. The general recommendation is not to have the breast reduction sooner than six months after breastfeeding as only after this interval of time will the breasts return to a neutral condition from a functional point of view.

Breast reduction is performed with the patient under general anesthesia and can last two or more hours, depending on the complexity of each case and whether the procedure is performed in combination with other procedures such as liposuction.

The scars after breast reduction can have the shape of an anchor, going from the areola in a vertical line towards the inframammary fold where another horizontal incision is placed with an arm towards the sternum and another one towards the lateral area of the breast. Whatever surgical plan will be decided for your particular case, one thing is for sure and this is that there will be permanent scars left behind after breast reduction. The scars are hidden in the natural contour lines of the body, and in a vast majority of cases, their appearance will improve considerably six months after the procedure. Make sure to discuss the placement of incisions as well as all the other details of the surgical plan with the plastic surgeon during the pre-operative consultation.

To prevent blood accumulation on the operated areas and other complications that can be triggered by this, the plastic surgeon can use drain tubes which will be inserted on each side of the body. The drain tubes will need to be kept for 24-48 hours after the procedure. As soon as you notice that there is no more liquid draining through the tubes, they can be removed.

For the post-operative period, the plastic surgeon will prescribe antibiotics as well as pain medication. The recommendation is to take the pills as per the doctor’s orders and to resume normal eating routine during the 24 hours after returning home from the medical facility. The antibiotics are often prescribed for no longer than five days after the surgery, and their role is to prevent a potential infection from occurring as this would delay the healing process and even trigger more severe complications. For patients suffering from anemia, an iron supplement can be prescribed for the first-month post-op.

While most natural supplements should be avoided as they might trigger unwanted effects, most plastic surgeons will advise you to take Arnica Montana to reduce the swelling that can naturally occur after breast reduction and vitamin C to speed up the healing process.

To avoid unnecessary pain and discomfort, the patient is advised to avoid any intense physical activities for at least six weeks after the procedure, preferably two months. The special post-op bra that will be recommended by the plastic surgeon needs to be worn non-stop for the first few weeks and only during the day for the first few months. Also, keep in mind that to sustain the beautiful results for longer, you should always wear a good quality sports bra each and every time you exercise.

Sun exposure is not recommended for at least six months. Keep in mind that the scars on the breasts need at least one year to fully heal and mature, and during this time you should avoid sun exposure completely, if possible.

Patients who have overly large breasts that pose real issues for performing even simple, day-to-day activities can correct this condition with the help of plastic surgery. Correcting mammary hypertrophy with plastic surgery is a practice that has been performed for over half a decade now, and most patients are satisfied with the results.

Make sure to discuss all the details of the surgical plan with the plastic surgeon during the pre-operative meeting for breast reduction surgery. 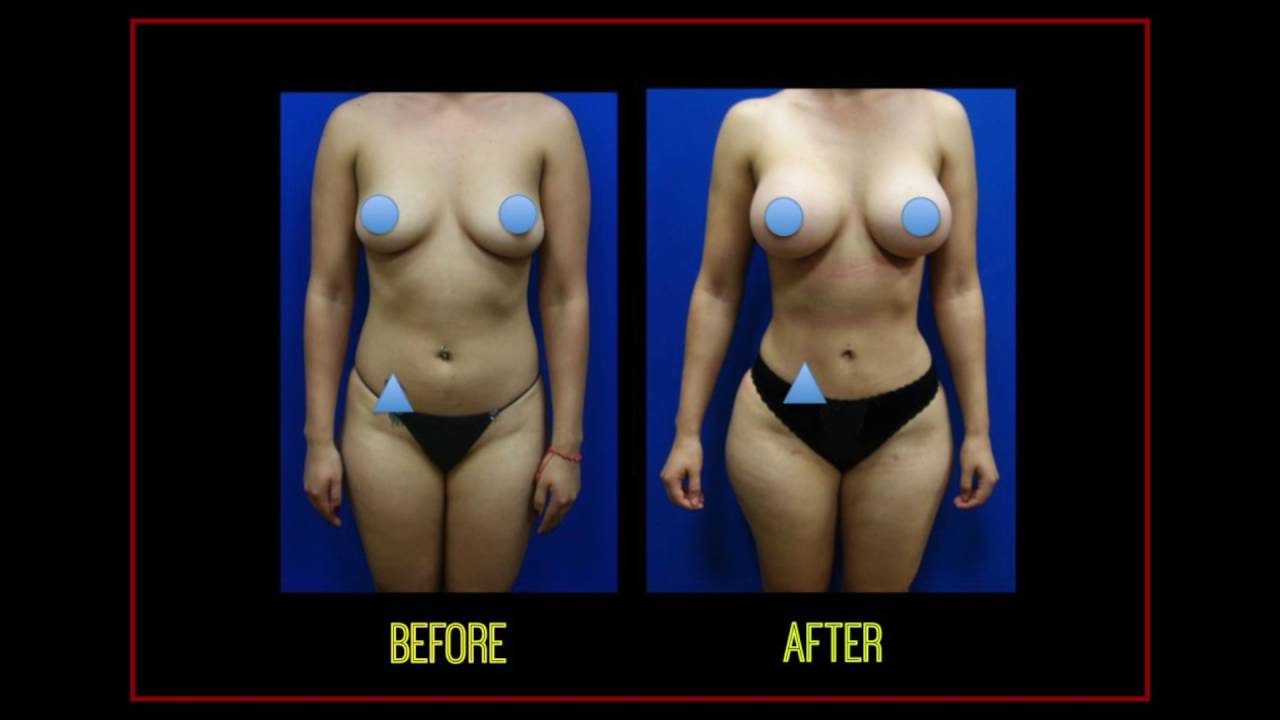 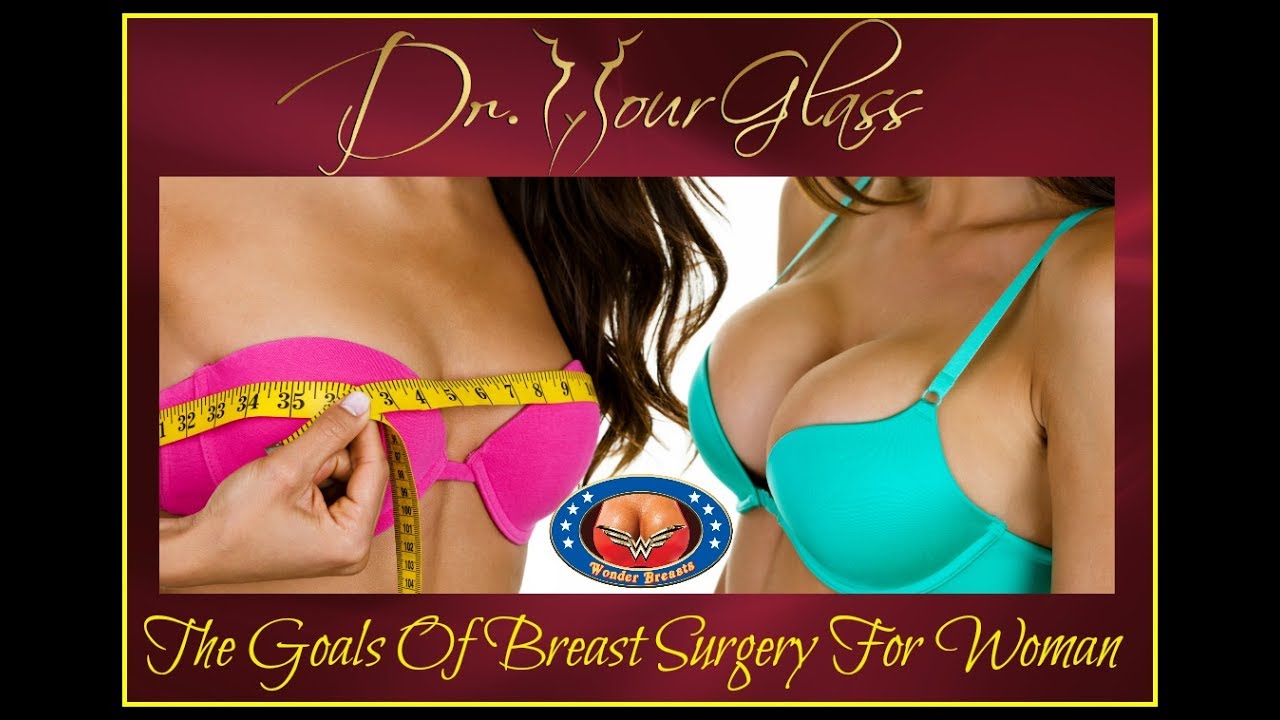 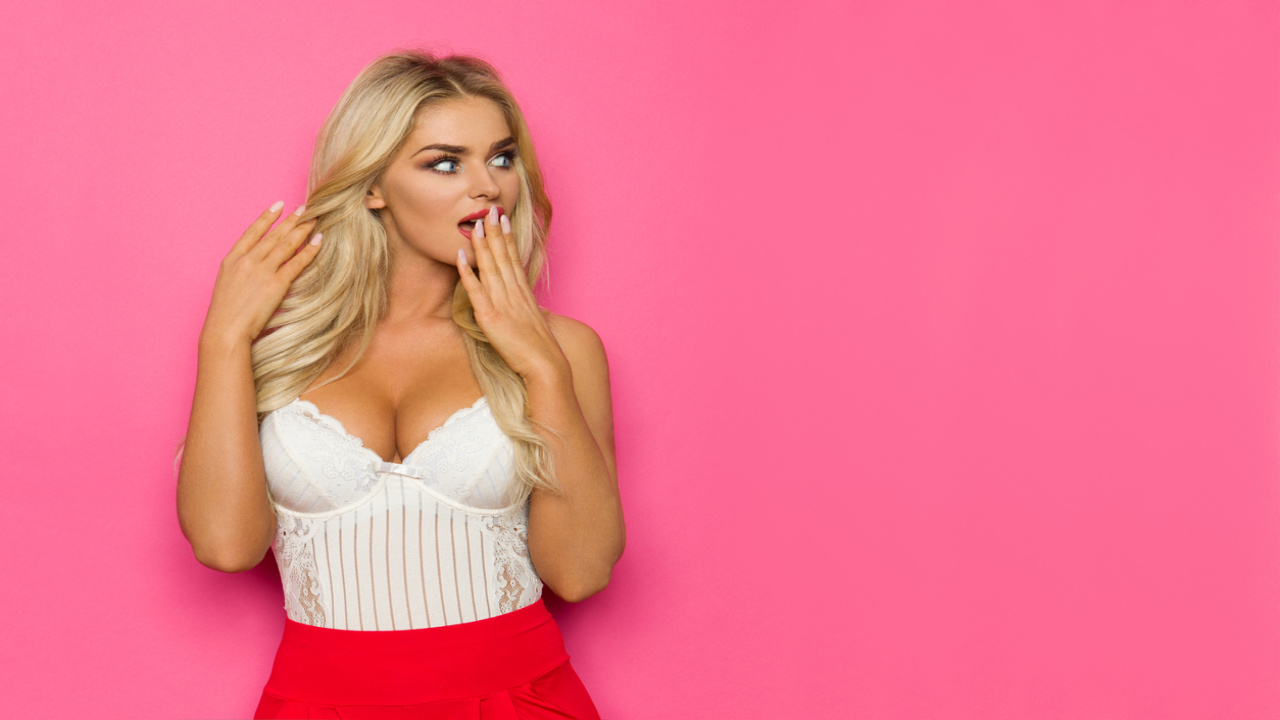 Correcting imperfections of the silhouette with plastic surgery 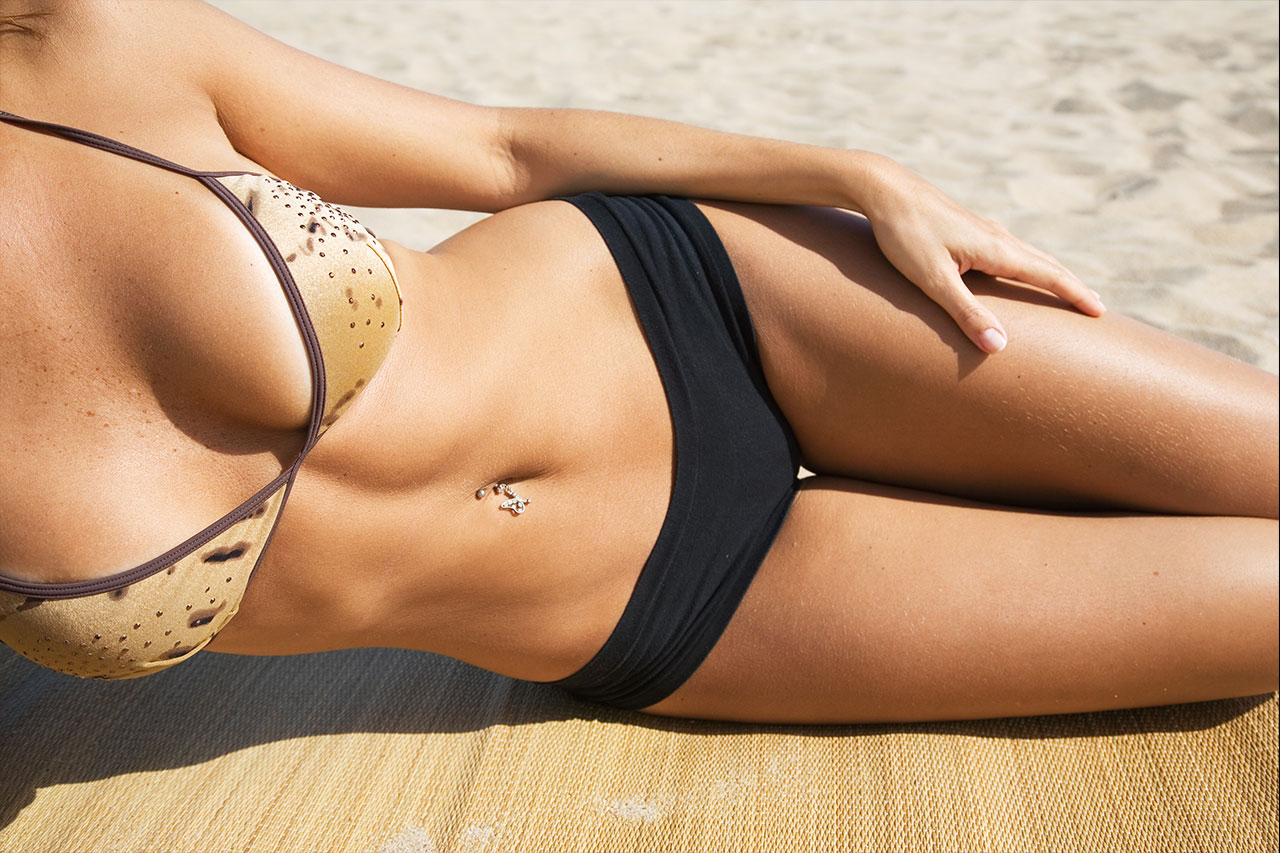 Discuss your expectations before plastic surgery